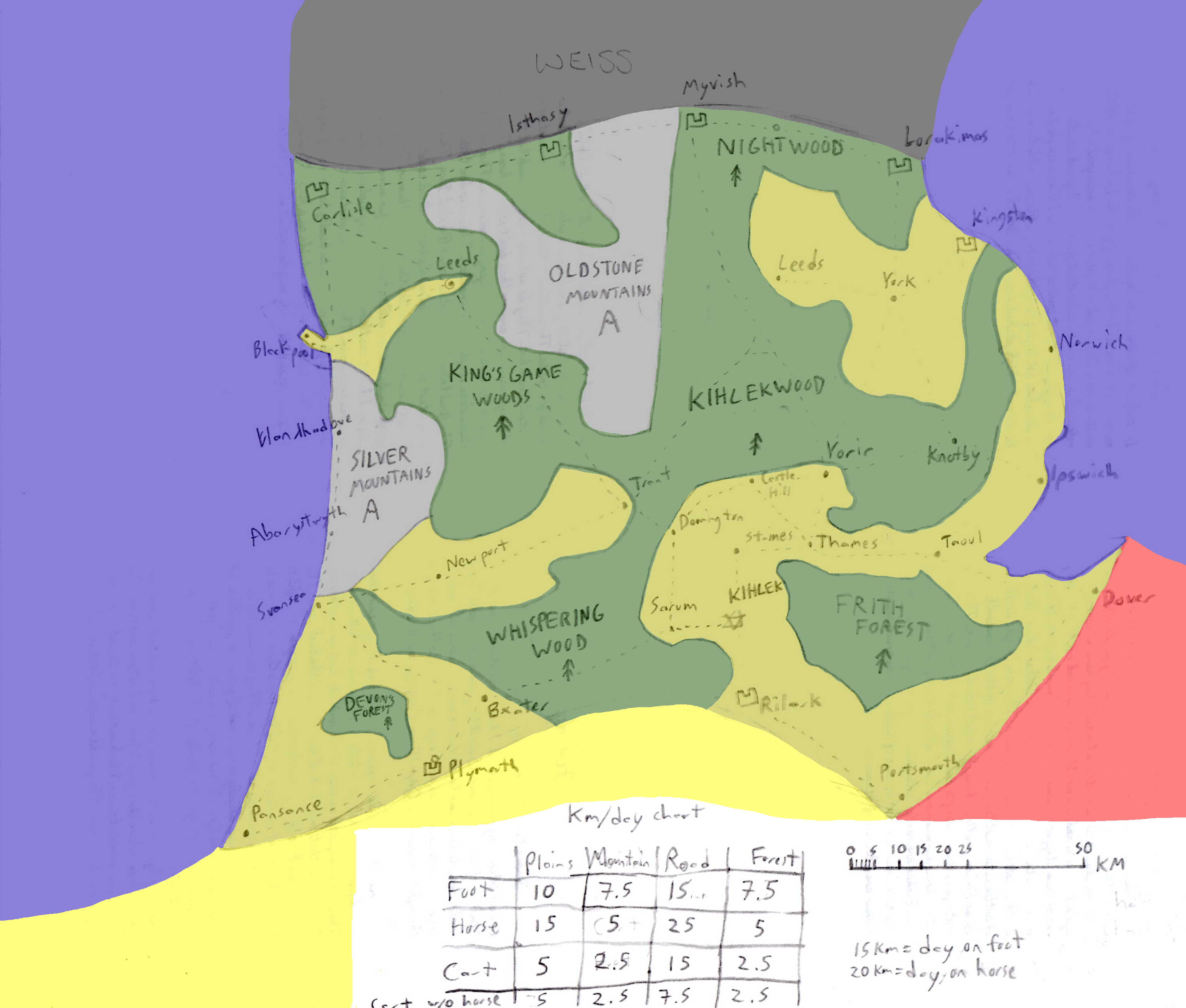 The kingdom of Weiss lies to the north of Zorn. In the past King Pendragon and his Knights of the Great Table, ruled and protected the land. However now House Fell rules everything from the Pendragon Wood north. They are in an almost constant war with Zorn to the south but the land remains mostly peaceful under the Fell’s harsh rule, the people live in fiefdoms controlled by knights directly under House Fell. It is a mystical land of heroes and quests. Knights take their place by right of birth but must earn their respect through deeds. The Great Table and the twelve knights of Weiss have been abolished after Pendragon’s death, in the past the table was almost never full as many of the knights were always off questing in near or far lands. On the rarest occasions Pendragon wound call back all of the Round Table to undertake the greatest of quests, which create the greatest tales of myth and legends. The latest of which was to return the crown of Weiss. Unfortunately the king was murdered by House Fell, who also found the crown and united what was left of Weiss under King Targon Fell. The country used almost all of its resources to resurrect the heroes who found the crown. The southern half of the country has been lost to the Knights of Zorn who offered stability during the civil war that ensued while the hunt for the crown took place. The Sons of the Fist also played a part in that instability, their agents and an army of warriors invading Weiss in hopes of creating their own nation. They were thwarted by the Silent Monks from the Path of the Fist who remain allies to Weiss and advisors to House Fell.

Ascendant campaigns can view previous versions of their pages, see what has changed (and who did it), and even restore old versions. It's like having a rewind button for your campaign.

We've already been saving your edits, so if you upgrade now you will have instant access to your previous versions. Plus, you have our no risk refund guarantee , so there's nothing to lose.

I'm sorry, but we no longer support this web browser. Please upgrade your browser or install Chrome or Firefox to enjoy the full functionality of this site.